You've just been issued a citation for drunk driving in Dublin, Ohio – what happens next? Koffel Brininger Nesbitt has handled countless cases in this city court and can help you navigate the system whether this is your first DUI/OVI or you've gone to court on similar charges before. 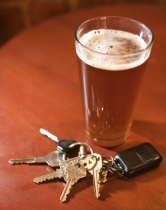 If you were pulled over and charged with drunk driving in Dublin, you should receive a citation in the mail. This citation informs you of your charges and also gives you information about your hearing. This information includes the venue your hearing will take place in – likely Dublin Mayor's Court – and the date and time. Dublin Mayor's Court meets on the second, third, and fourth Tuesdays of every month.

There is a method to how Dublin Mayor's Court adds cases to its docket. For example, if you were issued a citation for DUI anywhere between Friday at 7pm to Monday at 7am, your arraignment will take place Monday at 8am, tentatively.

What exactly is a trial in Dublin Mayor's Court?

What happens on the day of my trial? 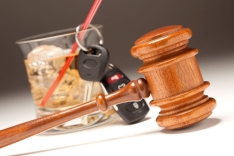 It is crucial that you come to court on the date of your hearing and at the specified time. We recommend showing up at least a half-hour early to check in. Coming in late or not coming in at all can constitute a "failure to appear" which can lead to a warrant for your arrest and possibly additional penalties.

After check-in, your case will be placed on the Dublin Mayor's Court docket for that day. Anticipate being at the court for at least a few hours. If your case is not first on the docket, it could be pushed back later than your scheduled time due to cases before yours running longer.

What kind of evidence will the prosecutor introduce?

There are rules dictating what type of evidence can be used at trial. Before your hearing, you can request documents from the Dublin Clerk to get a better understanding of what evidence might be used against you. If you choose to retain an attorney to represent you at this hearing, gathering this documentation is something they can take care of for you.

A Brief Overview of the Trial Process

DUI/OVI trials are always conducted in the same sequence. First, both you and the Dublin prosecutor will be given a chance to present your/their case with the prosecution going first.

When it is the prosecutor's turn, typically they call at least one witness to the stand. In drunk driving cases, this witness is often the officer who pulled the defendant over and issued the OVI. Sometimes, the arresting officer does not even appear. After the prosecutor is done asking their witness questions, you will have the opportunity to ask questions.

When it is your turn, you can testify on your own behalf of call another witness to the stand and question him/her (if you have another witness). The most important thing to remember is that this is your one and only opportunity to communicate your side of the story in a convincing way in an attempt to get your DUI/OVI reduced or dismissed.

If for any reason you cannot make it to your Dublin Mayor's Court hearing, you will need to let the court know at minimum 7 days prior. If you fail to do so, your hearing will remain scheduled for the original date and your failure to appear could initiate a warrant for your arrest. Even if you do notify the court within the allotted time, they do not have to grant your request.

Transfer of Cases from Dublin to Franklin County Municipal Court

In some cases, Dublin Mayor's Court DUI cases can be moved jurisdictions to Franklin County Municipal Court. Defendants can request a transfer as long as they do so before they enter a plea. Mayor's may also move the jurisdiction of cases. Possible reasons for doing so include –

What about DUI and traffic citations that happen at the same event?

What can sometimes happen is an individual is charged with a DUI as well as reckless driving, speeding, or some other type of traffic violation arising out of the same event. Usually, criminal and traffic cases are handled at separate hearings, but if they happened at the same time and were charged against the same defendant, the Dublin Mayor's Court will usually handle the cases together unless a motion to separate the cases is filed/granted.

While preparing yourself with this information can help you more effectively navigate the Dublin Mayor's Court process, the best way to survive your DUI/OVI case is to have an experienced attorney in your corner. You don't have to have all the answers. When you retain Koffel Brininger Nesbitt, that's what we are here for. We have handled countless cases throughout Franklin County, including many in Dublin, and for our efforts have been recognized as Ohio's highest ranked DUI/OVI law firm.

To learn more about how we can help you, call 614-675-4845 today for a confidential case consultation.