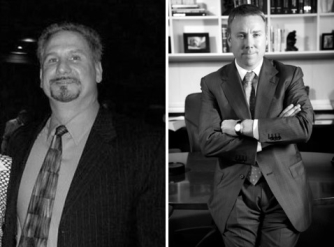 The new practice offers legal, therapeutic, and independent treatment, advice, and counsel for families in Columbus, and people are taking notice.

The heroin addiction epidemic is nothing new, but programs like The Koffel Law Firm’s preventative law practice are surprisingly sparse. The idea behind this revolutionary new practice is surprisingly simple: proactively help drug-addicted individuals before they are arrested.

Founding attorney Brad Koffel teamed up with former Franklin County drug court judge Scott VanDerKarr to start the preventative law practice within the firm’s traditional criminal law practice. The two are quickly becoming recognized as trailblazers in the pursuit of breaking the cycle of heroin addiction.

There are almost more painkiller prescriptions than there are people in Ohio, and that’s troubling for a number of reasons. One being that by the time the prescription expires, the patient is addicted. Pharmaceuticals like painkillers are often difficult to access through alternative means, and expensive. It’s this realization that temps many Ohioans to turn to heroin, which is scarily cheap and accessible.

VanDerKarr says that Ohioans, especially suburbanites, can sometimes have a “not in my neighborhood” mentality. This belief is dangerous, and often results in turning a blind eye to the signs of drug addiction. No one is immune to this problem, so the firm is urging anyone who has a loved one exhibiting behavior that could indicate addiction to get in touch with the preventative law practice.