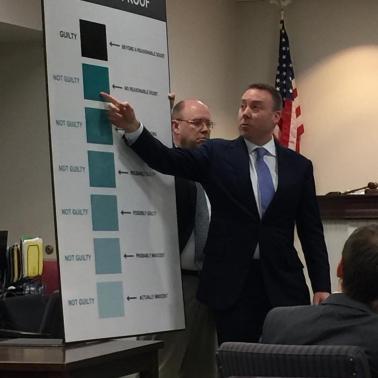 After closing arguments in the case of F. Leon Wilson, a chess teacher accused of gross sexual imposition, the jury was unable to come to a decision. The hung jury resulted in a mistrial.

Last week, Attorney Brad Koffel delivered his closing argument in the case of F. Leon Wilson, a teacher accused of inappropriately touching two of his chess students. The jury deliberated over the weekend, and today, the judge declared a mistrial.

As it stands, when a child claims that their teacher or coach assaulted them, the burden of proof is on the accused to disprove those allegations. Koffel, in his closing words to the jury, expressed his belief that this is not the way things should function in these scenarios.

“No charge is easier to make against an innocent person, and more difficult to disprove,” Koffel said. “We are charging, arresting, prosecuting, and trying men and women for these types of cases based exclusively on theories, inferences, and speculations.”

Koffel closed his argument with a reminder to the jury – that they took an oath and swore to give Mr. Wilson the benefit of the doubt. Jury trial is final, and these decisions should not be made lightly.

As of today, the jury declared their inability to decide Wilson’s guilt or innocence, leading the judge to declare a mistrial. Stay tuned for the latest in F. Leon Wilson’s case.