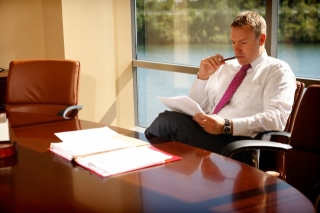 The Ohio Supreme Court ruled today in a 7-0 decision to overturn a conviction against Chelsey Barry for tampering with evidence. Barry had concealed 56 grams of heroin within a body cavity and was initially convicted of drug trafficking, conspiracy, possession, and tampering with evidence. She received a sentence of six years in prison for the allied offenses of trafficking, possession, and conspiracy. The penalties for tampering were imposed separately; a consecutive sentence of three years totaling nine years in prison.

Barry appealed the tampering charge based on claims that the jury was misled by an instruction stating that she had knowledge that trafficking and possession were unmistakable crimes and she had “constructive knowledge” that she would wind up being investigated.

In the Ohio Supreme Court ruling, it was decided that the tampering conviction would be reversed because prosecutor's had a duty to prove beyond any reasonable doubt that Barry knew of the investigation. It is not enough to show that she knew of the “unmistakable crime;” they must show that she was aware of any investigation that is ongoing or likely.

The Court remanded the case for future proceedings and vacated the conviction.

At Koffel Brininger Nesbitt, our Columbus criminal defense attorneys make sure to stay up to date with changing laws so we know how to best represent our clients. If you have been arrested for any kind of drug crime or other criminal defense matter, please do not hesitate to reach out to us. Let us fight to defend your rights every step of the way.