A Florida state crime lab chemist resigned this past Monday, January 3 amid investigations surrounding missing drug evidence. State officials were investigating 2,600 cases handled by the chemist, whose identity has not been publicly announced. According to the State Attorney, the investigation into the Pensacola crime lab is still ongoing. 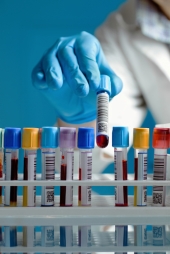 Although authorities are still unsure as to how long the evidence may have been missing, they have confirmed that illegal prescription drugs in the crime lab were replaced with similar looking, harmless pills. In addition to investigating the chemist's role in regard to the missing evidence, officials will also be determining whether each drug crime case involved was handled appropriately.

The potential impact of this investigation could be tremendous. According to criminal defense experts and Florida state investigators, the fact that crucial evidence was missing from these drug crime cases could raise questions about any convictions that were reached. If the crime lab's chain-of-custody procedures for storing and preserving evidence are found to be inadequate, it could lead to widespread challenges, including retesting of evidence in current and former cases.

Incidents such as this can serve to highlight the types of errors and discrepancies that can significantly affect criminal cases. Missing evidence raises the question of whether other aspects of cases were improperly handled, and may lead to reasonable doubt of a defendant's guilt.

Experienced criminal defense attorneys should always investigate potential discrepancies involved in their clients' cases, including any errors or failures made by the State. If you or your loved one has recently been charged with a crime in Columbus or any of the surrounding communities of Ohio, you can be confident knowing that our Columbus criminal lawyers devote our entire efforts to pursuing all avenues of defense. For more information about your case and how Koffel Brininger Nesbitt can help, call 614-675-4845.