What do college campuses, inner cities, and mini-malls all have in common? The presence of head shops is common in each of these locations. Head shops are stores that sell drug related paraphernalia, herbal remedies, and drug culture items such as t-shirts, posters, and magazines. The term head shop comes from the 1960s when drug users were known as "heads". 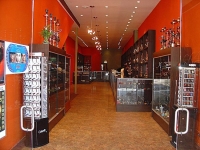 These shops do not deal in any illegal drugs and most are careful to explicitly prohibit speaking about illicit drugs in their stores. Yet many head shops are seized and prosecuted by the DEA and local law enforcement. This year the DEA began a concentrated attack on producers and distributors (head shops) of synthetic drugs, otherwise known as "legal-highs" in an operation called Project Synergy. These synthetics aren't explicitly prohibited by any laws in Ohio.

They are not managed under the Controlled Substance Act (CSA) of 2010. Yet the DEA and local law enforcement raid these legitimate, albeit taboo, businesses on a regular basis for the sole purpose of seizing synthetics (and sometimes plain, herbal teas) and shuts them down. 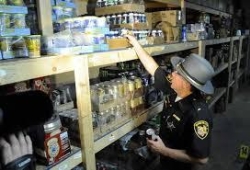 In fact, we are currently representing a wholesaler who supplies head shops that was just raided. His business was slandered by law enforcement for selling illegal synthetic drugs even though none were found in his business.

Head Shops are under attack all across the world. The DEA stated in a press conference post-raid that they were able to seize these synthetic drugs despite the fact that they are not controlled by the CSA, because of a loose interpretation of an act created in 1968. The Controlled Substance Analogue Enforcement Act of 1968 can allow substances not prohibited by the CSA to be treated as controlled substances if they are chemically similar to other banned drugs.

But this liberal interpretation of this act only raises more legal issues, such as what constitutes "similar" and whether this is a scientific or legal definition. As of last month, the DEA has made more than 75 arrests and seized over $15 million in cash and assets in Ohio alone. These head shop owners who are conducting legal businesses are under attack for the sole reason that their chosen professions are considered controversial by the DEA and local law enforcement.