For 10 years in a row, Koffel Brininger Nesbitt has been voted one of the "Best Law Firms in America" in the practice area of DUI / OVI defense by U.S. News. We are one of only three law firms in Ohio that has received this designation. Our law firm represents individuals throughout the state of Ohio, including the residents of Dublin. If you were arrested for operating under the influence (OVI) or another offense, contact our defense attorneys today!

Arrested for driving while under the influence in Dublin, Ohio? Contact KBN at (614) 675-4845 or click here to request your initial case evaluation!

Examples of KBN’s Past Victories

At KBN, we have helped countless people throughout the Dublin area fight back against their charges.

Read below if you would like to see examples of some of our past victories:

Click here if you would like to browse through some of our firm’s other case results! Arrested? Put KBN in Your Corner for a Passionate Defense!

If you were arrested for a traffic violation, DUI, or misdemeanor in the city of Dublin, your case will be handled in Dublin Mayor's Court unless it meets an exception or the jurisdiction is changed to Franklin County Municipal Court. KBN is located in close proximity to both, making it convenient to represent our Dublin clients.

KBN is familiar with the prosecutor's in Dublin and other court personnel. If you are facing OVI / DUI charges, contact our firm. Our criminal attorneys have gained a reputation for effective advocacy. We truly care about our clients and keep their best interests in mind throughout the duration of the case. We believe in alternative sentencing and handling cases in specialty courts when appropriate. We believe in second chances, and we believe in protecting your constitutional rights.

What You Should Know Before Going to Court in Dublin, OH

Before you attend your court hearing in Dublin, prepare yourself by getting familiar with court procedures. When you attend a hearing at the mayor's court in Dublin, the prosecutor for the city of Dublin's job is to convince the court that you are guilty of the charge(s) against you. In Dublin Mayor's Court, there is no jury. It is extremely important that you show up on time (we recommend showing up early) because failure to appear can result in additional expenses. The judge might even issue a warrant against you. Once you check in, you will wait at the courthouse until you are notified that it is time for the judge to hear your case. At this point, the trial begins. 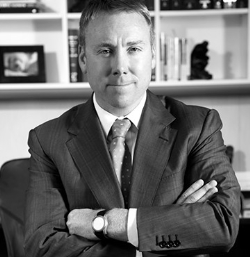 Defending You Against Serious Penalties: Contact Us for Immediate Help