A Defendant's Right to Discovery of Texts & Email of Alleged Victims 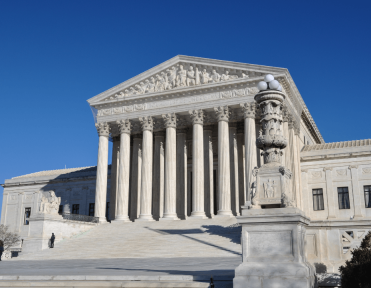 A criminal defendant has the protection of certain constitutional rights during the course of his or her trial. The most basic of these are the right to a fair trial and the right to mount an adequate defense. The former is rooted in the Fifth Amendment to the Constitution’s guarantee of “due process” and the latter is the sum of the Sixth Amendment’s various guarantees that the defendant has the right to know the charges, the right to present witnesses and confront witnesses against him or her, and the like. From these rights, courts have also described an obligation for the government to hand over to the defense any exculpatory evidence.

These rights of trial are not as broad or absolute as a defendant might wish; there is no absolute right to evidence, whether in the form of a witness’ testimony, documents, or other sources. In order to introduce evidence, a defendant must show that the evidence is material – relevant – to his or her defense. In many cases, this materiality is quite obvious and requires little explanation. In the case of electronic activity, however, such evidence can present novel challenges.

When electronic communications, which might be emails, text messages, or social media posts, are not in the prosecutor’s possession, they will not be part of the discovery process that satisfies the Sixth Amendment and Fifth Amendment rights to access the evidence against one and to have fair procedure during the trial. In those cases, a defendant must compel the production of the materials – assuming, of course that the defendant knows they exist and are material – from either the person who created them or the company which provides the email, text service, or social media platform.

These types of materials, which are stored on servers even if they are deleted from the user’s phone, email account, or social media stream, are governed by the federal Stored Communications Act – and even Ohio state courts often refer to this law when evaluating evidence, although there is no state equivalent law. The Stored Communications Act, although not written to cover the type of evidence examined here, provides certain privacy protections to the users of the electronic services, which means that this evidence typically cannot be released without a court ruling to override those privacy protections, or the user furnishing permission for the release.

In order to compel these materials, the defendant must follow procedures under either state or federal Rules of Criminal Procedure for issuing subpoenas. In both systems, the relevant Rules are Rule 16 and Rule 17. Rule 16 permits a defendant to request the court to order production of relevant evidence in the possession of the prosecutor, and Rule 17 sets forth a procedure for issuing a subpoena to demand the evidence from a person who is not either a defendant or a plaintiff in the case.

Where a defendant wants to establish, for instance, that what the victim of an alleged sexual assault said on social media was quite different from his narrative to police, that defendant must file a subpoena with the court, which will almost always trigger a hearing before the court where the defendant can make his or her case for why the evidence is necessary. The prosecutor or the electronic media provider can move to quash – or cancel – the subpoena. If the subpoena was issued to, for instance, Facebook, or Gmail (Google), then that electronic service provider may appear at the hearing (arguing against producing the evidence) in addition to the prosecutor’s resistance.

Only if the defendant persuades the court at the hearing that the evidence requested is material and relevant will the court actually order the production of the documents or materials. These hurdles add up to a significant burden for the defendant who is trying to present the fullest and most robust defense possible, but also one that is impossible to ignore in these times of ubiquitous electronic communication. The more that defendants raise these challenges, the more likely that courts will begin to understand the prohibitive nature of the rules and see the importance of electronic communications to criminal defense.