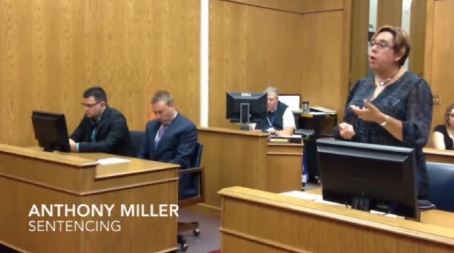 Anthony Miller, who is a former Newark High School assistant band director, was sentenced to four years and 10 months in prison back in August 2014. Now, 15 months later, he’s requesting an early release. The sentence stems from 13 charges of sexual conduct to which Miller pled guilty. He was placed on administrative leave in February 2014 after he was arrested.

According to the law in Ohio, a person who is convicted and sentenced to less than five years has the ability to request judicial release after they have served 180 days. Miller has requested release twice; once in February which was denied by Judge David Branstool, and again in November. The result of the November filing is an oral hearing set to occur on January 8, 2016. Should the request for early release be granted, Miller will have served 28% of his sentence.

Attorney Bradley Koffel and Attorney Fran Tosi Ward of Koffel Brininger Nesbitt are serving as the attorneys for Miller. They file a 60+ page motion in support of the most recent request filed by Miller. The attorneys mention in the motion that Miller wants to show “he is rehabilitated, is not a threat to society, is extremely remorseful for his actions and is adamant about making positive choices in his life both during his incarceration and when released.”

Part of the support motion shows Miller’s low risk of reoffending, as well as his history of good behavior while in prison. The motion includes letters from family members, including Miller’s ex-mother-in-law and ex-wife, showing support and discussing the change in Miller since he began his sentence.

Miller’s release is expected to be challenged by prosecutor's at the hearing later this week. Regardless of if he is released early or serves his full sentence, Miller must register as a Tier III sex offender every 90 days for the rest of his life.