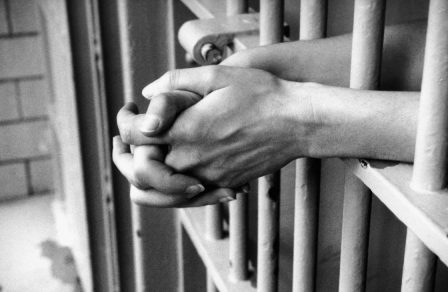 Numbers offer objective truths. They offer unalterable facts that allows individuals to make unbiased decisions. They are used in everything from rating television popularity to deciding our national leader. But what happens when statistics are missing from crucial data on criminal justice systems? Without concrete numbers, it is difficult to decipher current trends of our prison systems. The statistical gaps lie in many different aspects of the judicial system.

The primary gap occurs in the racial makeup of those incarcerated in the United States prison system. Although there is data on how many men and women are imprisoned, there is no clear or systematic way of garnering this information. Sociology professor Bruce Western further articulates this discrepancy. He observes that there are an average of 65 million Americans who have a criminal record; that is approximately 25% of the American population. However, of this number, we do not know specific demographics or racial makeup of the prisoners.

To further highlight the missing statistics in the criminal justice system, researchers note scarce information on how many men and women are sent to solitary confinement. According to the Vera Institute of Justice, there is an average of 80,000 inmates who are locked in solitary confinement at any given time in the U.S. This statistic has been present for the past few years. The problem here, however, is that we do not know much else outside of the number.

Other information this number lacks include:

Given how damaging and traumatizing solitary confinement can be, with the ability to literally drive people mad, it seems important to know this information.

The other area that seems to lack concrete, categorized statistics is the number of non-sexual assaults that take place in prison. Because of the Prison Rape Elimination Act of 2002, prisons are required to report the number of sexual assaults that occur every year. In contrast, the number of non-sexual attacks seem to be lacking. This complicates analysis and sociological studies because it does not take into consideration other forms of violence that occurs behind bars, especially incidents instigated by prison staff.

Researchers such as Marie Gottschalk, a professor of political science at the University of Pennsylvania, articulates the problems of missing data that goes unanalyzed. By not collecting national statistics about things such as lengths and degrees of isolation on bears, the conduct of inmates, the types of educational programs available, etc., it makes it difficult to decipher the trying prison experience. Without that information, how can we bring reform to a flawed system?

[If] we’re just collecting inmate-on-inmate data, or just rapes and sexual assaults between inmates, it kind of feeds into those stereotypes, and it ignores the huge amount of violence that’s actually done by staff inside of facilities.

At Koffel Brininger Nesbitt, we believe that the justice system needs reform in order to offer convicted individuals a space to grow and change. Without the statistics needed, it is hard to obtain a clear understanding of our current justice system.