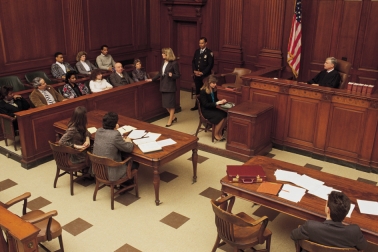 In an Ohio Supreme Court ruling today, it was deemed that the state laws requiring sex offenders to register and verify their addresses periodically are not considered to be cruel and unusual punishment for certain offenders. Justice Judith Ann Lanzinger wrote in the lead opinion for the court that obligations laid out for Tier II sex offenders “are not so extreme as to be grossly disproportionate to the crime or shocking to a reasonable person and to the community’s sense of justice.”

She concluded that the requirements for certain sex offenders do not violate the U.S. Constitution, nor the Ohio Constitution. The decision affirms the judgment of a case that was heard by the Second District Court of Appeals involving 21-year-old Travis Blankenship.

In 2011, Blankenship allegedly started connecting with a 15-year-old girl who was identified as M.H. The two shared their ages and eventually met, becoming sexually involved with each other. According to M.H., the sexual relationship was consensual. Blankenship pled guilty to a charge of unlawful sexual conduct with a minor between 13 and 16 years old. He was sentenced to five years of community control and the conditions included six months in jail; he served just 12 days before the court released him.

He also received the categorization of Tier II sex offender / child-victim offender. This meant that he would have to register as a sex offender in person with the sheriffs in the counties in which lives, attends school, and works. He must also verify any addresses every 180 days for 25 years. Blankenship appealed to the Second District Court of Appeals but it was determined that the sentence was not in violation of the constitutional prohibition against cruel and unusual punishment.

Justice Lanzinger pointed out that during the time M.H. was a juvenile, Blankenship had sex with her twice and then made contact with her during the case, violating a court order. She noted that this showed Blankenship was culpable for his actions and the sentencing was just.

Sex-offender registration can be detrimental to an individual’s future. If you have been charged with a sex crime and need to discuss your case with a skilled Columbus criminal defense lawyer, call Koffel Brininger Nesbitt today. We are ready to defend your rights.