Members of Congress Reach Across the Aisle to Dampen Sentencing Laws 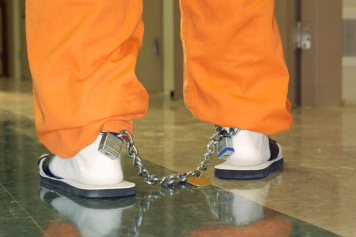 What used to be identified largely with a progressive or leftist agenda is now a bipartisan issue. Lawmakers are putting party politics aside to pass a reform bill that would scale back harsh sentencing laws in hopes of reducing the federal prison population and the cost of incarceration.

The Republican chairman of the Senate Judiciary Committee, who fairly recently touted the benefits of mandatory minimum sentencing laws, is now drafting this bipartisan bill that he hopes can gain the support of both Republicans and Democrats. One important feature expected to appear in this bipartisan bill is giving more freedom to judges when it comes to sentencing low-level drug offenders. The bill, if passed, would allow judges to grant sentences more lenient than the mandatory minimum prison term provided that the defendant meets certain requirements.

Congress established the mandatory minimums that we talk about today in the 1980s when the “war on drugs” was at its peak. These mandatory minimums are the prime culprit for our nation’s skyrocketing prison population. Something must be done – a sentiment shared across all party lines.

For many low-level, nonviolent drug offenders, treatment is a more appropriate punishment for the crime than incarceration. Many municipal courts in Ohio offer specialty dockets that focus on treatment, rather than penalties. For example, Franklin County Municipal Court has a specialty drug docket. Over half of Ohio counties have some form of specialty docket, focusing on defendants in specialty areas such as drug addiction, mental illness, alcoholism and drunk driving, and veterans.

If you or a loved one has been arrested and you are interested in pursuing treatment, we invite you to contact a Columbus criminal defense lawyer at Koffel Brininger Nesbitt. We represent individuals throughout Central Ohio, so contact us today to speak with us about your legal rights and options.