What Is Histrionic Personality Disorder (HPD)?

Due to the seriousness of crimes such as sexual imposition and rape, it is easy for the jury and especially the public to instantly assume guilt and rush to the support of the alleged victim. I am often in this group myself. But what if the "victim" is actually a victim of a personality disorder and not sexual imposition? 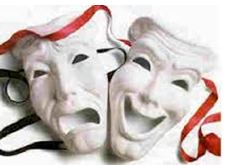 Personality disorders such as Histrionic Personality Disorder (HPD) often lead people to make false accusations. HPD is characterized by a pervasive pattern of excessive emotionality and attention seeking, beginning by early adulthood and present in a variety of contexts, and it is especially common in teenage girls.

Symptoms of HPD include sexually seductive and provocative behavior, using physical appearance to draw attention to oneself, being easily influenced by others or circumstances, and considering relationships to be more intimate than they actually are.

All of these symptoms can lead to a person feeling let down, rejected, or used. It is not uncommon for a person with HPD to misuse these feelings. These feelings can occasionally lead people to make false accusations of rape for numerous reasons. Just look back to the Duke lacrosse team scandal. 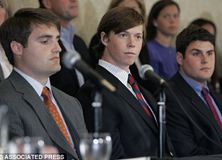 The first reason why a person with HPD would make such a horrible accusation may be a form of baiting in which she uses a false claim of sexual imposition to instigate or win a dispute with her supposed attacker.

Other times it can be a form of proxy recruitment. Proxy recruitment is a way of controlling or abusing another person by manipulating them or other people into backing them.

However, the most common reason a teen with HPD would falsely cry rape is projection, or attributing their own feelings or traits onto another person. 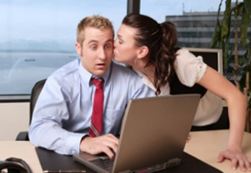 So take for example, a teenaged girl with HPD who strongly believes that her relationships with other people are more intimate than they actually are. She may feel strongly for her boss, while her boss on the other hand sees their relationship as strictly employer-employee.

The teenager may start a rumor with her friends that he was inappropriate with her, and that rumor could develop into a full blown court case all because she was let down by him and wanted to project her own feelings onto him.

Cases like this are not uncommon and courts need to become aware of the risks of HPD and the effects it can have on people suffering with it and on people falsely accused of crimes. The suspect could be the victim, just as the victim could be the suspect.