Picture a heroin addict for a moment. I'd be willing to bet that a strung-out junkie with a rail-thin frame and track marks on their arms comes to your mind. But recently a new face of heroin addiction was put in view of the public. The tragic death of Glee actor, Cory Monteith, struck the nation and left many friends and family of his heartbroken. The cause of his death came as such a shock to many people because he looked like the farthest thing from a heroin addict. 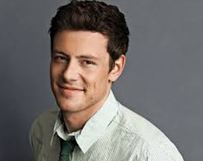 He was an extremely young and healthy looking 31 year old with a successful career and a large fan base. His death was definitely eye opening.

As a result a new face can be put to heroin addiction: an upper-middle class suburban kid. In the past ten years heroin use has increased 80% with suburban white kids. This firm alone has seen several dozen heroin related cases this year alone.

They're drug use often starts with painkillers such as OxyContin, Percocet, and Vicodin. Prescribed to them (or their parents) by family physicians. Soon they're addicted and cannot afford to keep up their expensive habit.

They turn to heroin, a much cheaper and stronger high that lasts up to twice as long as pills. This new demographic of addicts has only recently attracted the attention of police, but parents need to be on the lookout for signs of addiction in their kids as the first line of defense.

These signs could be any change in behavior or changes in how they act. For example, look for changes in personal appearance such as poor hygiene or careless dressing.

Also look for tell tale signs such as track marks on their arms or neck and burns on their fingers. Another sign may be an unusual way of talking with their friends. Some users will speak in code, using words such as "skittles" or "mud". If you suspect your kid of using heroin it's important to act quickly.

Take a brief moment to relax and calm yourself down and then speak with your spouse or partner. Next gather evidence of why you believe your child is using (look for burnt spoons or foil and syringes).

Then have a conversation with your kid in which you present the evidence and are direct about your expectations. Finally get outside help. This could be rehab, school counselors, family doctors, religious clergy, or a combination of any of these.