Columbus Criminal Defense Blog /2013 /July /Kratom. What Is It?

Kratom. What Is It?

It seems as if every other month a new "safe" or "legal" way to get high hits the streets. Drugs such as bath salts, K2, and spice were all once legally sold over the counter to people of age before their harmful effects were known. Cases such as these have put law enforcement officers on high alert looking out for the newest over-the-counter high. These officers, along with agents of the DEA, are attempting to crack down on distributors who sell these products.

But what if these agents and cops become too sensitive to products such as herbal cure-alls and stress relievers? What if their raids begin to result in nothing more than the confiscation of tea and energy powders that mix in with drinks? This is precisely what happened to a recent client of ours. He deals in a substance known as kratom, a leaf that stems from the mitragyna speciosa tree that is native to Thailand. This leaf can be dried, crushed into powder and then steeped in tea or simply mixed in with your morning OJ. 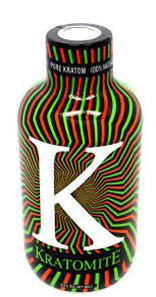 Its effects are nothing more than a strong cup of coffee that maintains its level of energy for three to four hours. Research has shown that it is not habit forming, nor is it dangerous to consume at reasonable amounts (10-20 grams for a light dose, and 20-50 for a stronger dose). The DEA claims that kratom is an addictive stimulant despite numerous studies that contradict that statement. Even though this agency claims that it is dangerous, it is not even controlled under the Controlled Substances Act. David DiSalvo, a writer for Forbes magazine and the Daily Brain, conducted an experiment with kratom on himself.

For three weeks he mixed kratom with juice every morning. He noticed a burst of energy that was sustained for a longer period of time than a cup of coffee, but did not notice any impairment in his day to day routine. After his three weeks were up, he wrote that quitting kratom was far easier and much less painful than quitting caffeine.

The DEA needs to open its mind to this kind of study (along with many others that are more scientific) if it wants to make its efforts in the War on Drugs more efficient. Law enforcement agencies are wasting time and resources shaking down legitimate businessmen who deal only in legal products, such as our client while deadly substances like heroin are still at large. It is time for law enforcement to tighten up their efforts in the War on Drugs.