Juror #2 is possibly the worst juror of all time. Earlier this week she came onto an ABC talk show and stated, "George Zimmerman got away with murder." On this show she allowed her first name, Maddy, to be used and her face to be shown. Can we say "publicity stunt"? But let's look at this from a different perspective. Say that she's right in saying that Zimmerman is a murderer. 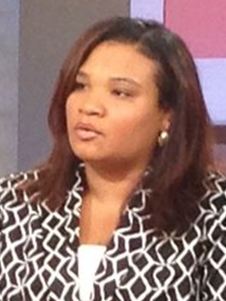 Pretend for a moment that there wasn't reasonable doubt (we'll come back to that in a moment). Whose fault is it that Zimmerman was acquitted? The lone juror who claims to have second thoughts! Maddy has no one to blame but herself for this.

While she is definitely not the only person in the US to believe that Zimmerman is guilty, she was one of only 6 who were in a position to do anything about it. But when the cards were on the table and the law was laid out before her, she chose to vote for acquittal.

Now back to the reasonable doubt in this case. Maddy went on in her interview to state that despite hoping to find "something bad, something we could connect to the laws" during his trial, she could not. It definitely doesn't take a law degree to realize that she was biased while on the jurors' bench for this trial.

In fact, getting her on the jurors' bench may have been the prosecution's best move throughout the whole trial. She even attempted to vote for a conviction of second-degree murder but realized that the law would "thwart" her. Then she went on to recognizing that there was in fact too much reasonable doubt for the jury to condemn Zimmerman.

Going deeper into her interview, you'll notice a sound bite that I'm sure she stayed up all night writing: "It's hard for me to sleep, it's hard for me to eat, because I feel I was forcibly included in Trayvon Martin's death […] I'm hurting as much as Trayvon Martin's mom." This statement serves no purpose other than an appeal to the public's emotion in this less-than-elaborate publicity stunt, which I feel certain, offended Mrs. Martin more than it did put her in a feeling of solidarity with Maddy.

In addition to her flip-flopping and her inappropriate comments toward the Martin family, Maddy again failed to stand her ground when she was presented with an opportunity to state her position on the case in an appropriate manner. Earlier that week another juror from the Zimmerman case went on Anderson Cooper 360 and told the world that Zimmerman was justified in the shooting.

After her statement, four other jurors signed a letter distancing themselves from the comments made on Cooper's show. Maddy was not among these four. Let's do the math for a second: six jurors minus the one that stated that Zimmerman was justified equal five jurors. But only four signed the letter? Maddy was the sole juror not bother to sign a letter that distances herself from comments that directly contradict everything she said on the news this Thursday. I guess a letter wasn't quite dramatic enough for her.

I hope she enjoyed her five minutes of fame, while she made herself look like a bigger flip-flop than Bill Clinton on the subject of DOMA. If indecisiveness and second-guessing were crimes, Maddy would be the second-degree felon.