In Defense of Rolling Stone

Rolling Stone's placement of Dzhokhar Tsarnaev on the cover of its August Issue has generated quite a bit of controversy, causing some major distributors to remove the publication from their shelves. Despite the negative reaction, Rolling Stone has not apologized for its choice. While some may be offended, there are no legal ramifications. Rolling Stone, like all other publications in this country, has the right to express free speech. 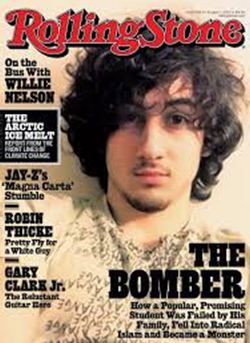 The primary issue in this controversy is that many seem to focus only on the photograph that Rolling Stone used for the cover. The picture they chose is a vanity shot of Tsarnaev that makes him look attractive and appealing. However, the subtext just below Tsarnaev's head reads, "How a popular, promising student was failed by his family, fell into radical Islam and became a monster." Without even having to open the magazine to read the actual article, Rolling Stone is letting readers know that their story is about Tsarnaev's descent into terrorism.

Rolling Stone's choice to feature the suspected Boston Bomber on its cover does nothing more to glorify mass murderers than any other publication that addressed this challenging topic. For example, this exact image was first used on the front page of the New York Times, with no notable repercussion. Similarly, Time Magazine featured a photograph of the Columbine shooters on its front cover. Like the Rolling Stone's article about Tsarnaev, Time Magazine's feature delved into the motives that transformed Eric Harris and Dylan Klebold from average teenagers into cold-blooded killers. 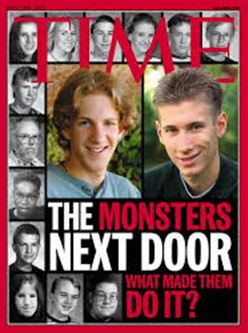 Even if Rolling Stone were the only magazine to delve into such controversial issues, they already set a precedent for doing so in the 1970s when Charles Manson graced the cover of one of their issues. There is little doubt that provocative covers sell magazines but it would behoove a reader to actually read the story before they rush to judgment.

The picture of an innocent and normal-looking Tsarnaev on the cover actually plays a vital roll in Janet Reitman's article. Reitman spent two months talking to Tsarnaev's family and friends in order to find out what compelled him to transform from a popular student to a sociopathic terrorist. The photo of Tsarnaev on the cover of Rolling Stone helps to highlight one of the most poignant, and perhaps most frightening, aspects of Reitman's article – that pure malevolence doesn't necessarily look obvious or ugly.

This article illustrates that true evil may not manifest itself in an obvious vessel and puts the reader in the shoes of Tsarnaev's friends, wondering if they personally know anyone capable of doing such a deed. It is precisely the juxtaposition of this normal, even attractive young man, attached to the heinous crimes that he committed that makes the article so fascinating. 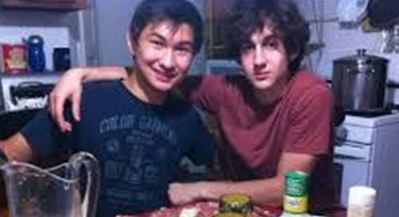